For the first time in 18 years, I set foot on a college campus as a student. Looking around me, all I saw were kids…kids that weren’t even born the first time I went to college. “What in the world am I doing?” I would ask myself over and over again, remembering that just a few years earlier, I was teaching film as an adjunct professor at Huntington University, handing out homework and grades to these teenagers. And now, here I am. I’m nothing but an old guy trying to pass beginner Algebra with the General Education majors. I hadn’t done serious math since high school, and the last time I had attended this same university I had flunked out of Algebra because I didn’t go to class. A few weeks before classes started, I was forced to take a math and english placement test, and had gloriously earned myself a spot in Algebra 1, sitting in between kids that were half my age.

“I have made a terrible mistake,” I thought to myself as I contemplated what it might be like to take a job working in a factory, just to save myself the humiliation of feeling like the class flunkie. “I’m better than this, and I’m going to get through this,” I would tell myself, sitting in my car, remembering my wife and then one daughter at home. “Focus on your end goal. You have chosen this because it’s the right thing for your family.”

I got good at disguising my backstory whenever I was forced by some idiot professor into a group project or a study group. I knew I couldn’t tell them what I had really done for over twenty years before intentionally landing myself back in freshman college courses, so I sterilized it. “I’m retired from a marketing background, starting a new career in engineering.” It was true, it just wasn’t full of much detail. If pressed on it, I would just tell them I had owned a marketing company. I knew none of them would ever bother with even a simple Google or IMDb search, which would have turned up dozens of threads about the person I was now disavowing. Teens and twenty-somethings are nothing if not predictable, and I predicted them to be self-consumed and unconcerned with the old guy with a wife and kids who was coming back to finish his college degree. I was right, and my anonymity was secure for many years to come.

There’s something interesting about emptying yourself of yourself. Therapeutic, if I may. Going from college professor to college student, for example, was a painful but eye-opening experience. As I would sit through what were some undeniably terrible lectures by some unbelievably awful professors, I would reflect back to how awful of a professor I had been at times. But, the biggest lesson I would take away from it was how my arrogance and anger had caused me to be a bad teacher. I carried so much anger with me for so long over all of the people who did things to me, or stole from me, or lied to me that it had started to become part of my personality. A total detachment was the only way I could figure to get away from the cancer that was slowly eating away at my soul.

When I was 18, I had been accepted into Purdue University to study engineering. I was a straight A student in high school, even earning the Salutatorian Award. But, despite all of that, I didn’t really want to be an engineer. What I wanted to do was make movies, but it was such a foreign concept to everyone that the best solution we could come up with was for me to go to school anyway, to have that almighty “fallback plan”. My fallback plan turned into a dropout plan, and after about the first year of college I started skipping more classes than I attended. I was too busy getting work as a freelance videographer, so I didn’t see any point in studying philosophy or sociology. In fact, the only class I got an A in after my first year was a film class (go figure). Before I was finally put on academic suspension, I had accumulated 3 straight semesters of straight “F” grades. Because of that legacy, years later I was fighting an uphill battle returning to school.

Purdue University had recently made a rule change that disallowed the erasure of prior grades for re-entry students, even when they had no bearing on your current degree. No matter what I did, I couldn’t get away from all of those failed course grades from my teens. My only option was to re-take every single class I had flunked or suck it up. The problem was, I didn’t have a year and a half to waste taking old courses over again that were not in any way related to my engineering degree, some of which weren’t even offered any more, so I just had to live with it. What it meant to an adult returning to school to make a new start was that no matter how good I did in my courses, my cumulative GPA always reflected those past failures. Consistent semester GPAs of 3.5 or higher barely phased my cumulative GPA, which hovered just barely over 1.8 for the first few semesters.

I missed out on scholarships, I couldn’t get into an internship or the university co-op program, and I couldn’t get off of the “academic probation” list for the first year and a half of my studies. The frustrations compounded when I started to calculate that I was going to be at a major disadvantage to the job market if I couldn’t get my foot in the door with the co-op program. Despite my accomplishments in my “first career”, I had absolutely zero industry experience when it came to engineering or manufacturing, short of producing dozens of videos on the subject. I pled my case to the engineering department chair and the head of the co-op department to no avail. I was just screwed. I was going to have to work my way out of the hole the hard way. 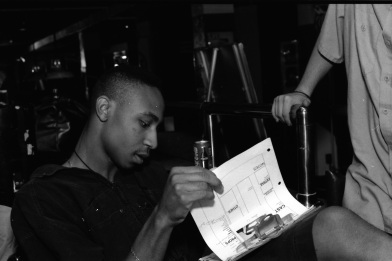 My old friend Jason Dixie was one of the only people who tried to talk me out of this decision to leave film and go back to school. He and I had come up together. He literally had been on or in virtually every film project I’d ever done since I was about 20 years old. We had fought a lot of battles side by side, Jason and I. In fact, Jason came with me when we crashed our own premiere party in Los Angeles. We were determined to make it together, and had always had each other’s backs.

When I told him my decision was final and I was out, I could tell that Jason was crushed. “I understand, man, you just need to take some time off,” I remember Jason saying. But I wasn’t trying to just take time off. I was trying to get away from myself, and this was the only way I could figure to do it.

And so, as I went through the years and the struggles that came with being a returning student, going from a niche career in motion pictures to studying mechanical engineering, manufacturing automation and more physics than I ever cared to know, life apart from filmmaking unfolded. It took me, I think, the better part of a year just to learn how to relax, and not be constantly working. “This is nice,” I would think to myself as I would immerse myself in being a husband and a dad. I soon discovered things about myself that I didn’t think were even possible, like having a knack for machining and electronics (who knew I could mill parts out of steel and make my own screws on a lathe?). I even became a licensed HAM radio operator and served several years in the USAF Auxiliary. 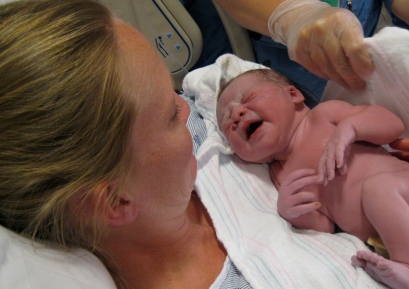 In 2012, The Lord blessed us with another little princess, Hannah Grace, and I was loving every minute of being a daddy. I had found a steady summer job that I wasn’t terribly fond of, working in a warehouse and driving deliveries, but it helped us through the lean college years and kept me motivated to not give in to resigning myself to a career in manual labor. “Do you think you’ll ever go back?” People would occasionally ask me, and for many years the answer was an emphatic “Nope!” But something had started to stir in me again, even as I tried to focus on getting myself into an engineering internship or co-op position. Nearing the end of my first degree mile marker, I was starting to wonder what my real prospects were for this new career. For some reason, everyone else in my engineering circles seemed to be having no problem finding jobs in the engineering field, and I was getting nowhere. From an engineering perspective, my resume was pretty weak, and without the leverage of the university co-op program behind me, I soon discovered I was always outpaced by those same kids who were half my age.

Three years into my new career pursuit, it felt a lot like the same impasses I had reached with my film career, except that this was even more foreign to me. I was also beginning to feel impatient. I didn’t want to be a full-time student any more. I wanted to work, and not driving a delivery truck full of electrical supplies, either.

I started praying every morning that the Lord would give me clear guidance, and although it felt like I was Jonah running from Nineveh, I told Him begrudgingly that if he wanted me to go back to filmmaking for some reason, I was willing, although of course it made absolutely no sense to me why He would do that.

I woke up one morning and suddenly felt my Willy Wonka imaginative brain churning on overdrive again. I hadn’t felt this way literally for years, even years before I had resigned myself to a new career. It was like I had been awakened from a coma. It was as if I had been aware of what was going on around me, but I couldn’t really respond to it. Now, suddenly, I felt this urge to pick up a camera again. I thought must be having some sort of withdrawal. I suppressed the urge for a while.

Then, it happened. For the first time in three years, someone asked me to produce a promotional film for them. And of all people, it was…my wife.

'Off the Bench' with Heidi St. John